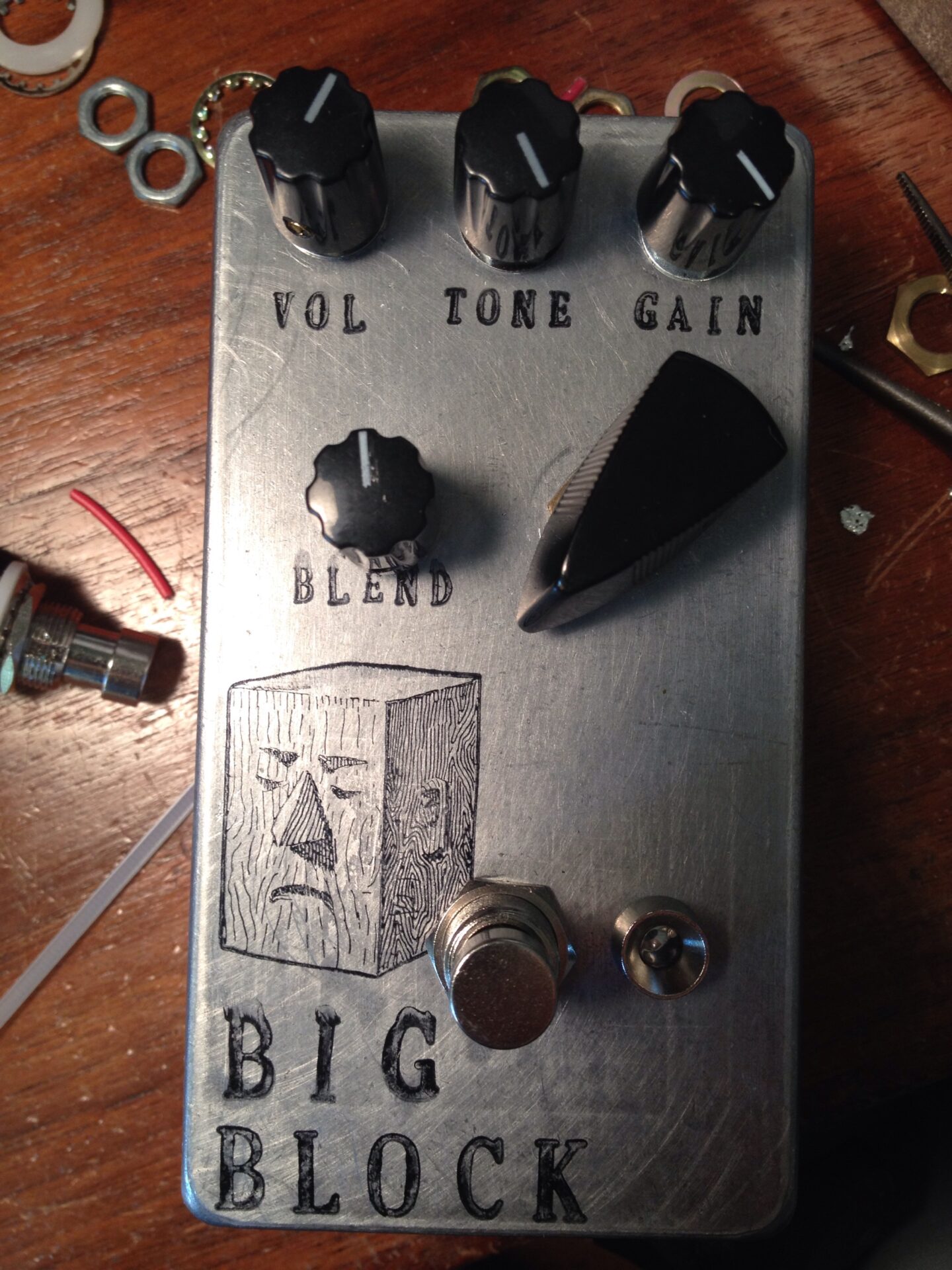 Completed clone of the Ezekiel 25:17 Bass Distortion by D*A*M. I built this with PCBs from OSH Park, see my previous post. 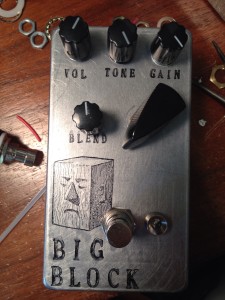 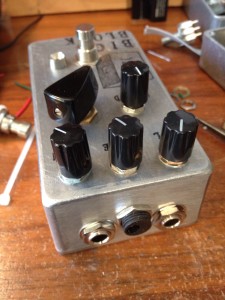 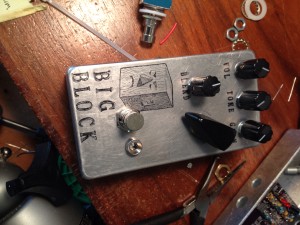 This Zeke Bass Distortion is a clone of the D*A*M Ezekiel 25:17 Bass distortion. The PCB came from OSH Park. This worked out well. The board is pretty big so soldering parts is easy. The rotary switch and pots are all mounted on the board, which makes assembly easy, this is a good PCB.

There was no documentation on OSH Park for this, so I reverse engineered the board to match the parts in the schematic. Here is the schematic I used with part numbers that match the PCB. 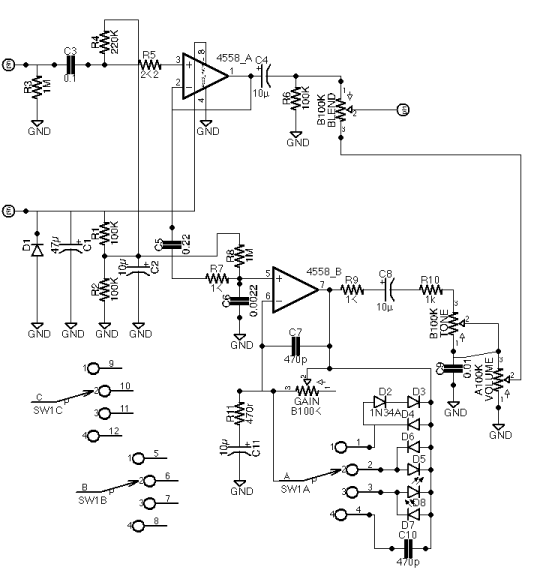 Overall the board turned out pretty good. I used a socket for the dual op-amp. I threw a random 1458 in that was sitting in a pile of parts on my bench, and it fired up first test. This is supposed to use a JRC 4558. I think I have a couple of these squirrelled away, I’ll dig them out before I box things up. I might try some other op-amps also.

With 3P4T switch the circuit is only using one pole. I only soldered the pins used by that pole. This way if I made a mistake, it’s been known to happen, I had fewer pins to de-solder. With these switches there is a small ring with a tab under the nut. Be sure to set this for four positions.

To mount the pots, I would suggest making a box first, mounting everything in the box. This will position the pots at the correct height above the board compared to the switch. Then solder from the top of the board. I made some holes in a piece of cardboard, and mounted everything in that before soldering, since I didn’t have a box drilled yet.

I put everything on the test rig, and it fired up first! Good for me, and thanks to bmossma at OSH Park. It’s always inspiring when things work on the first attempt. The sound was pretty good, it didn’t sound like much with guitar, with bass, the effect started to make sense. I tested with my baritone guitar and it seemed to sound pretty good with that also. Definitely more of an overdrive, distortion, than a fuzz to my ears. 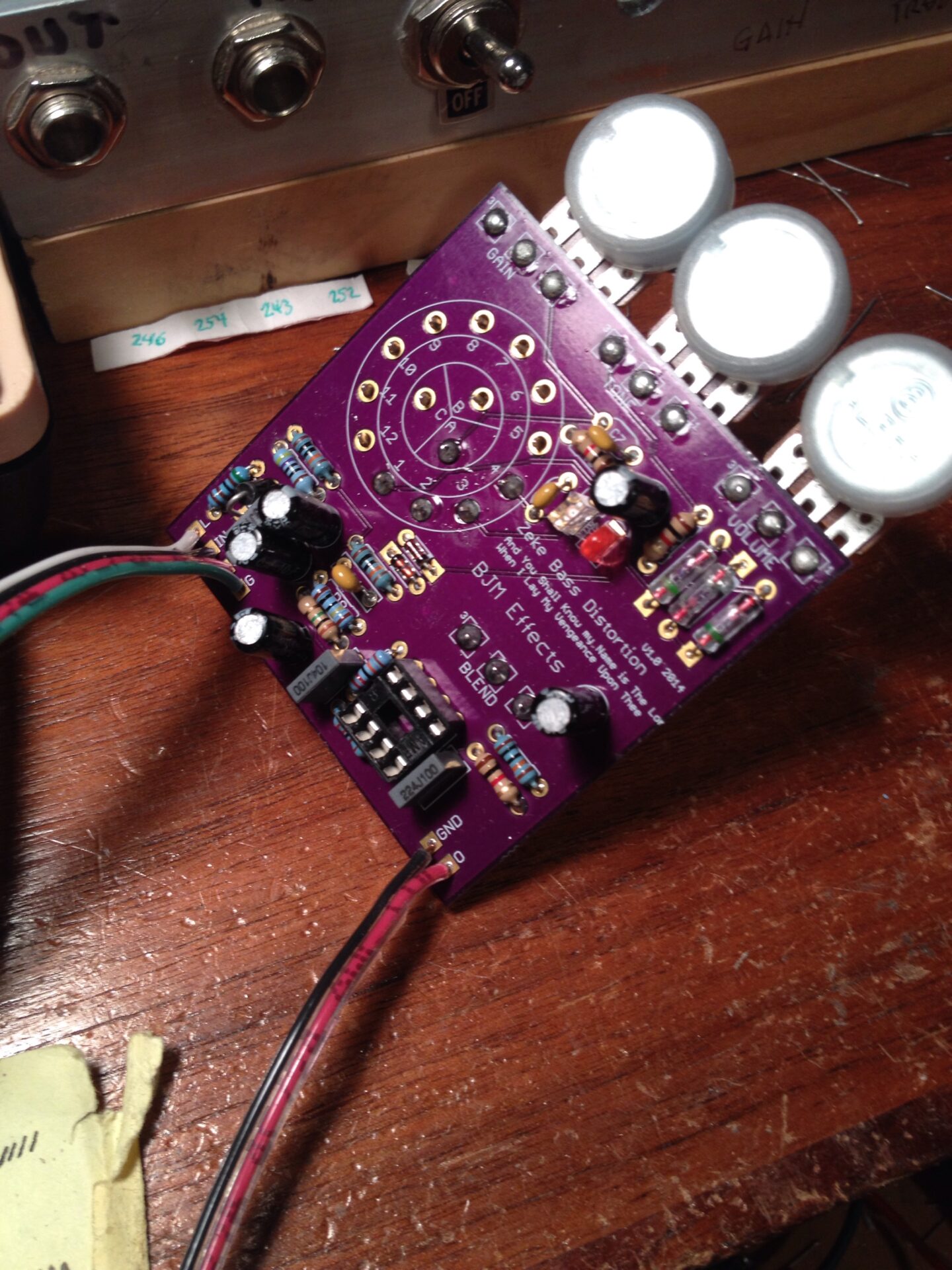 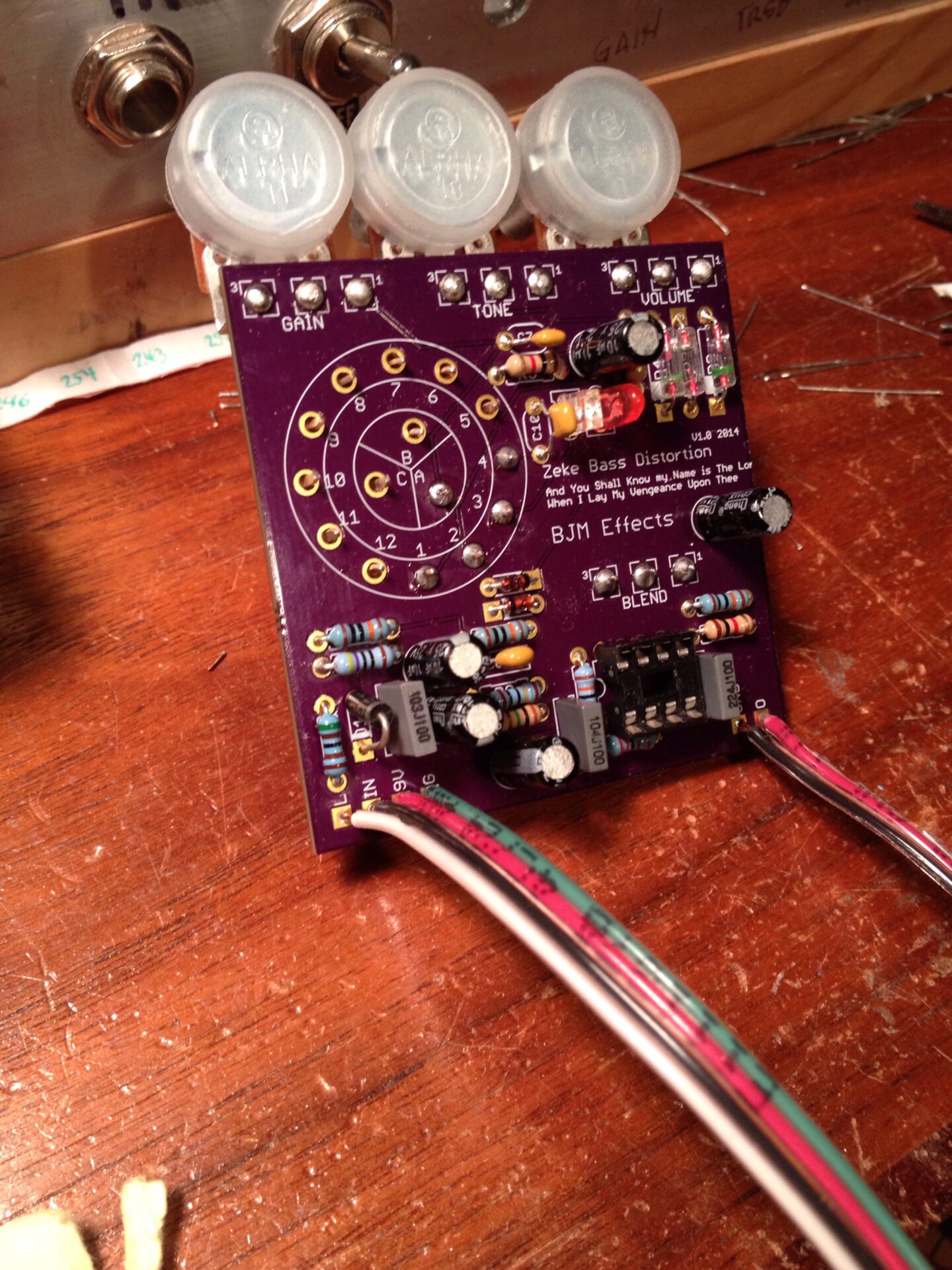 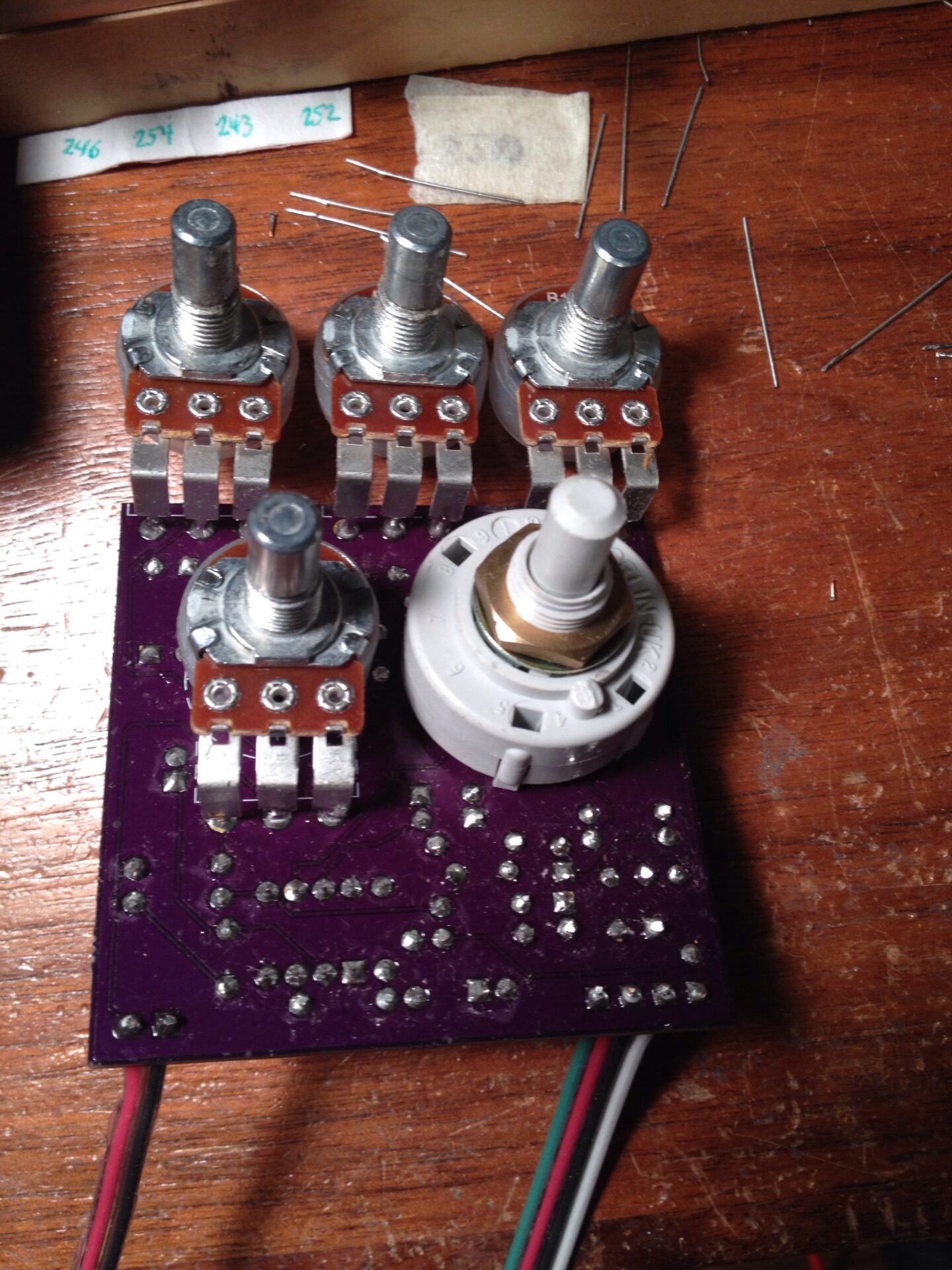 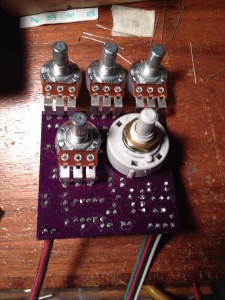 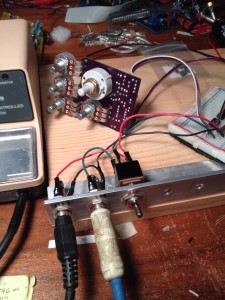